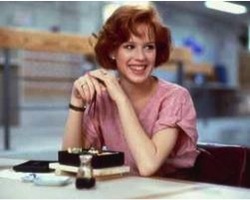 Claire Standish is the most popular girl at Shermer High School; she wears diamond earrings, her dad drives a BMW, her attire is very sophisticated and was in detention for skipping class to go shopping. . In her own words, everyone looks up to her and she looks down on everyone else.

Claire expresses her opinions though modesty, which positions the other characters to see her as, very stuck up and rude. She’s very immature and naïve but tries to act older and ‘cool’. Claire still has feelings but cares too much to maintain her status at school; she admits in the movie after having bonded with her fellow peers, that despite the friendships they've established she wouldn't acknowledge them in the halls at school.

You get the impression that Claire is trapped in her life, pressure from her social group and parents, she states she doesn't necessarily like being the "bitch" she is in order to be popular. Even though she’s too ‘good’ for the boys, she’s fascinated by and attracted to the "bad boy" John Bender, and kisses him at the end of the movie.

Through many examples she shows no responsibility,
she touched Brian's ego by appealing to his intellect to con him into writing one essay for all five of them and the very reason she was even in detention was for ditching school to go shopping, and she tries to get out of that.

She shows zero growth throughout the film, and learns nothing other than to briefly tolerate the rest of the club.

Of the five, Claire was not a nice person, and the worst overall.

Claire’s parents are divorced and she is often used as a weapon by each of them to get back at the other, the way she is treated at home affects her thoughts and feelings about her self-worth, which leads to her seeking approval from others.
In the movie, Brian describes her behaviour as conceited because she is a “popular” and looks down on those “under” her on the social hierarchy. This shows that her behaviour, internal thoughts, and her environment are all contributing factors to her personality. 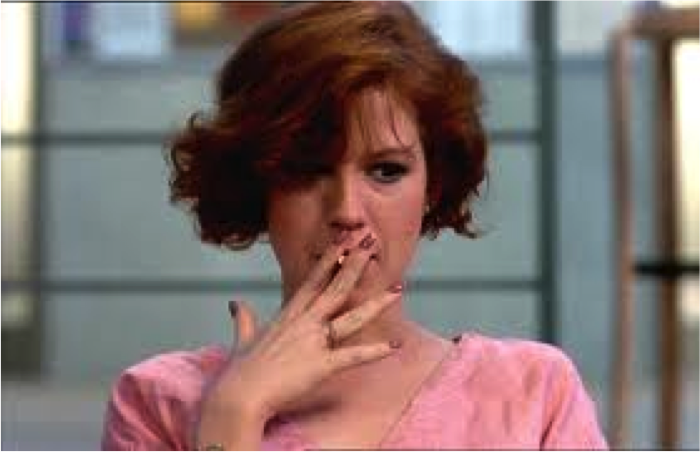